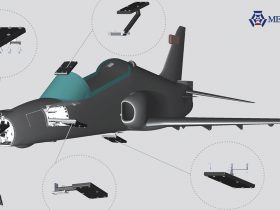 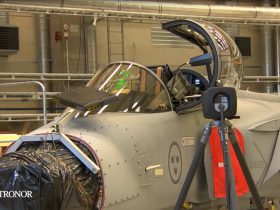 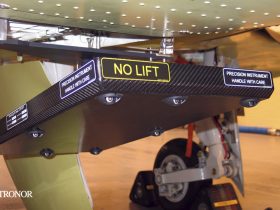 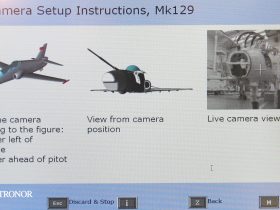 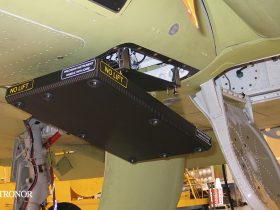 Metronor has a range of platform-specific turn-key solutions that enable any technician to quickly and accurately carry out boresight/harmonization of applicable weapons, sights, sensors, navigation units, hard points etc. These solutions are based on our Harmolign technology.

The Harmolign systems are fully MIL-STD and intended for use in operational environments, and are currently in use on multiple platforms with over 20 armed forces around the globe.

See below how Harmolign solutions can make your life easier:

USE A SIMPLE PROCESS

Our Harmolign concept is optimized to cost-efficiently support platforms that may go through upgrades or equipment changes during their service life.

The systems are modular and based around a range of standard components – such as the system computer, camera, tripods, LED pads and cabling – and platform-specific mechanical adapters. And the software consists of a common executable controlled by a layer of platform-specific configuration files that can easily and affordably be modified and re-verified.

Harmolign systems come with an Accessories Kit that enables the operator to carry out a full end-to-end verification of system performance, avoiding scheduled re-calibrations and dramatically reducing Life Support Cost.

You can see more details about the Calibration on this link.

The BAE Systems Hawk is an Advanced Jet Trainer available in a multitude of configurations, ranging from pure training aircraft to the single-seat fighter/ground attack Mk200-series. Over 900 Hawk aircraft have been delivered to air forces around the world.

Harmolign boresight/harmonization solutions have been adapted to a total of 8 marks of the Hawk, and are in operational use with 20 armed forces around the globe – the oldest system since 2006. The Hawk family of aircraft has demonstrated the adaptability of the Harmolign technology – adapting to new marks has been unproblematic, and many of the systems handle multiple marks of Hawk. In the latest example, a customer replacing older aircraft with a brand new current-specification AJT version just needed a simple software modification to support the new aircraft as well.

From desert heat to northern rain and ice, the Hawk users have proven the laboratory-tested reliability and ruggedness of the Harmolign systems in real life – without a single pattern failure since the original delivery.

The SAAB JAS-39 Gripen uses an advanced helmet display and sight system based on electro-optical helmet tracking. To work properly, both the position and orientation of all the in-cockpit helmet tracking sensors must be known with high precision relative to the main aircraft coordinate system – measurements that must be completed with the canopy closed.

The Harmolign for Gripen HTS alignment system determines the pitch, yaw, roll as well as the positional X, Y and Z information for all sensors in a single, simple procedure that can easily be carried out by any aircraft technician in the field by following system on-screen instructions.

The fully MIL-STD system supports both single-seat and dual-seat aircraft, and is in operational use both by SAAB themselves and air forces operating the SAAB Gripen fighter.

The KAI T-50 is a family of supersonic advanced jet trainers and multirole light combat aircraft. Developed by Korean Aerospace Industries with cooperation from Lockheed-Martin, the T-50 family consists of 3 main variants:

All variants are in operational use with South Korean or other air forces, and the T-50 is also one of the candidates for the US Air Force T-X trainer replacement program.

In an OEM cooperation with BAE Systems Inc. in the USA, the Harmolign technology has been adapted for use on the Lockheed-Martin F-16. While the core technology components are supplied by Metronor, all aircraft-specific hardware as well as the software graphical user interface has been developed by BAE Systems, who act as prime towards all users. The system meets full MIL-STD requirements and is reported to save considerable costs compared to legacy solutions.

The Boresight Alignment Equipment System (BAES) for F-16 is in operational use with a number of international F-16 operators, and is compatible with most F-16 block configurations.

This cooperation shows how the modularity of Harmolign enables efficient adaptation also to platforms where e.g. data access issues or security requirements make cooperation with Metronor as a foreign company difficult.

The Surion – also known as the KUH-1 or Korean Utility Helicopter – is an advanced twin-engine tactical transport helicopter in the 8-ton class. Developed by Korean Aerospace Industries with cooperation from Eurocopter, the Surion will be a major part of the rotary-wing capability of the Republic of Korea armed forces, with 245 aircraft planned for the Republic of Korea Army. Additional versions – including export variants – are either in development or planned to be developed.

Surion has a multitude of sensors distributed over the interior as well as the exterior of the aircraft in order to provide excellent situational awareness to the crew, both in adverse weather as well as in potentially hostile airspace. At the factory, Harmolign is used to precisely align all sensors to the aircraft coordinate system and to each other to very tight tolerances, and this boresight/harmonization process can be repeated in the field by any aircraft technician, following graphical on-screen directions.

The Eurofighter uses an advanced helmet mounted display and sight system based on electro-optical helmet tracking. To function properly, the relative positions and orientations of the various tracking sensors must be known very precisely – and they must be known relative to the overall aircraft coordinate system.

Eurofighter is a very advanced single-seat weapons platform, and the full-immersion Aircrew Synthetic Training Aids – ASTA – simulators play a critical role in providing realistic yet affordable pilot training. To support all the ASTA sites, Metronor was contracted to develop a highly portable solution for fast and simple on-site 6-DOF alignment of the helmet tracking system. Partially using commercial-grade rather than full MIL-STD hardware, the system is housed in a single case and is shipped between the ASTA locations on a regular basis.

ABOUT OUR BORESIGHT SOLUTIONS

Harmolign products are tailored for each application, based on a library of hardware and software components and standard designs. Contact us to discuss your requirements.

Our experts team will get back to you to know more about your application needs and recommend the best solution.

In 2001, BAE Systems was looking for technologies that could provide an improved boresight capability – offer easier use, lower procurement cost and most importantly an affordable through-life cost given that most weapon platforms go through significant equipment upgrades and therefore require changes to their boresight systems. After extensive evaluation, the technology of Metronor was selected and an initial development contract was signed in fall 2004, resulting in 4 + 2 deliveries of fully qualified kits in the summer of 2006.

Since then, Harmolign systems have been selected for a number of new fixed- and rotary wing aircraft programs, and the systems have been continuously developed to meet new challenges – adding positional data, operating in confined spaces like closed cockpits, handling high numbers of stations to be boresighted, working from distributed coordinate systems, developing non-MIL-STD solutions where environmental requirements are less important than affordability etc.